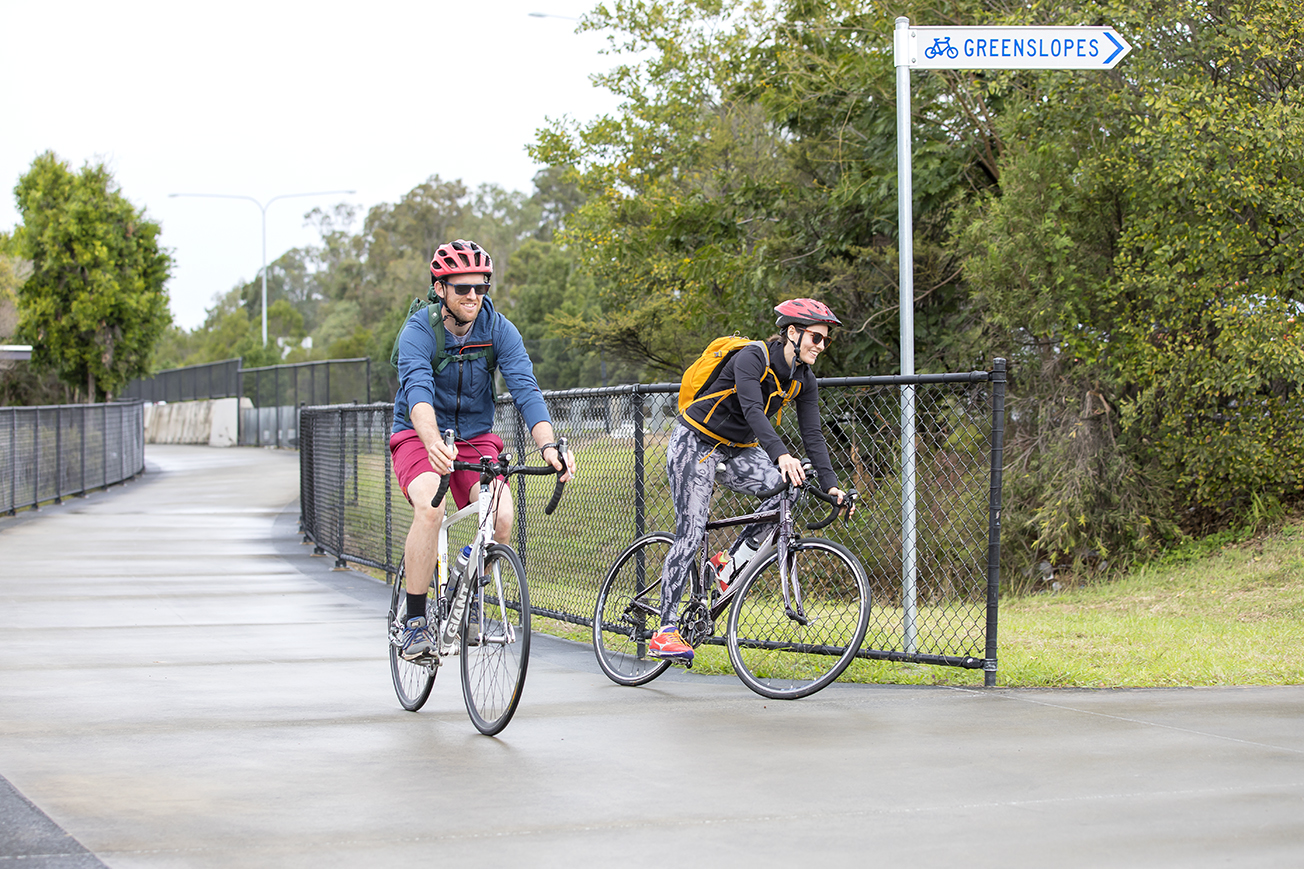 2017–2019 Action Plan Action Summaries Building and connecting infrastructure Complete
Overview of action Action 1.4, Queensland Cycling Action Plan 2017–2019 Status: complete Invest $40 million through the Cycling Infrastructure Program to accelerate delivery of the highest-priority routes on the state-controlled portions of the principal cycle network, including projects for: Achievements The Department of Transport and Main Roads committed over $55.8 million in funding across 2017-18 and 2018-19 with $54.2 million allocated to support a pipeline of 40 projects that will deliver more than 47 kilometres of principal cycle network on state government-controlled facilities when complete. Over the two years, 16 projects were completed, providing 25km of new network on priority routes across the state with major projects including: The remaining projects will deliver a further 22km of network including Veloway 1 Stage E and North Brisbane Bikeway Stages 2–3 in Brisbane, and cycle facilities along the New England Highway in Toowoomba and Douglas-Garbutt Road in Townsville. These projects complement the $38.1 million allocated by the Queensland Government towards promotion and delivery of new infrastructure projects on local government-controlled portions of the principal cycle network (see Action 1.3). Funding remaining out of the $55.8 million commitment has been rolled-over and made available for future projects. Lead agency Department of Transport and Main Roads Next steps Over the next 2 years, we will continue to deliver and invest in high priority infrastructure projects on the principal cycle network.