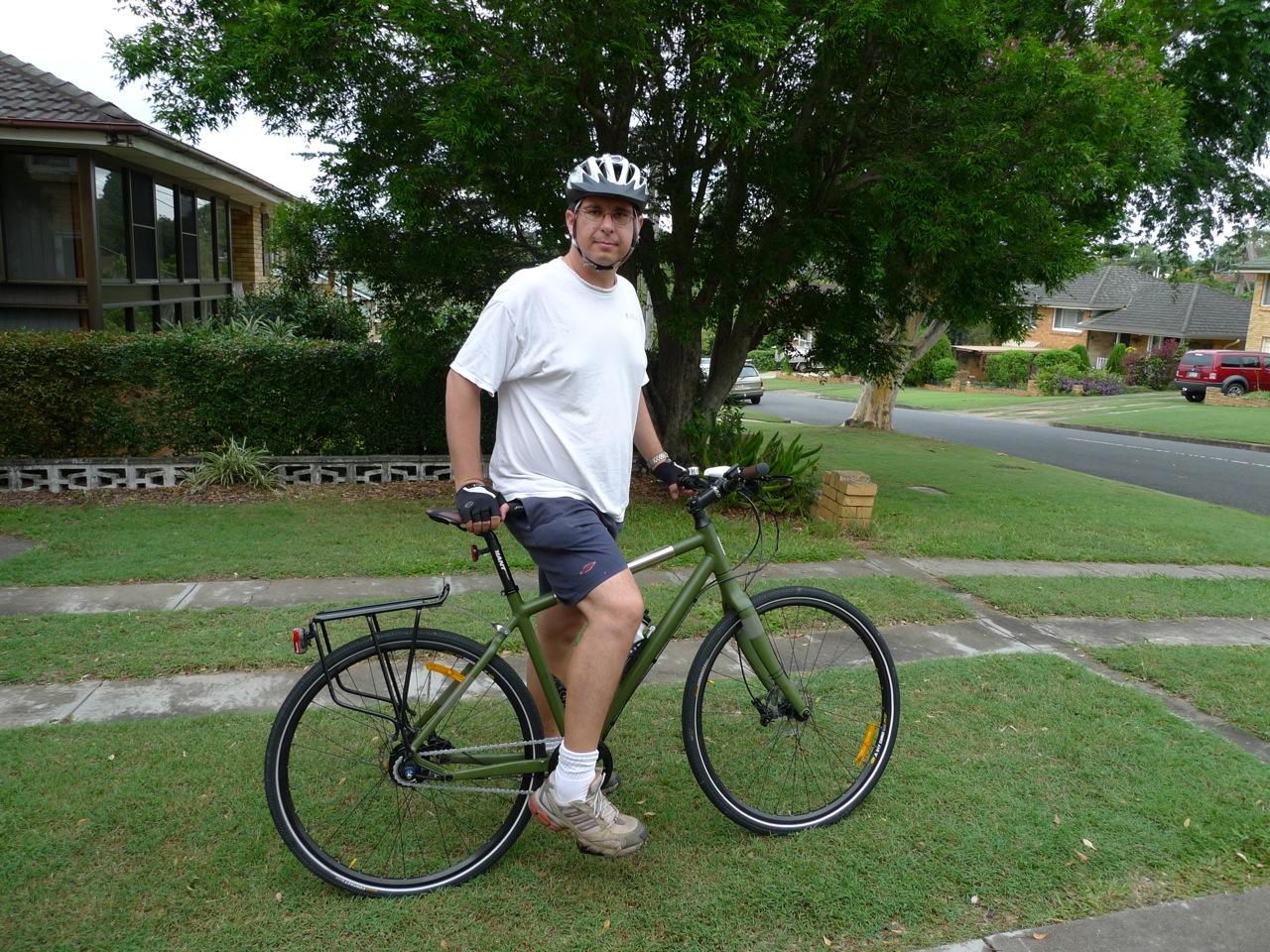 Stephen hadn’t really considered riding a bicycle to work until someone mentioned the great pathways connecting his home to Brisbane city.

“I had always thought of myself as ‘a car guy’ but in 2010 I made the mental decision to ride to work.”

Riding the 12km to work initially seemed insurmountable so Stephen purchased an electric bike kit to help him get started. To his great surprise the ride wasn’t so bad… it was actually pretty good!

After two weeks of riding he didn’t need the electric kit anymore so he took it off.

“I ride to work five days a week now and it is pretty easy.”

Pictured: (left) Stephen in March 2010 for his first commute to work by bicycle and (right) Stephen in October 2018 riding in the Simpson Desert.

While he wasn’t focused on the health benefits when he started riding, Stephen has become the fittest he has ever been in his adult life and lost 30 kilograms.

“I know how rare it is to lose weight and keep it off.”

While he still drives a car occasionally, riding a bicycle as his main form of transport has helped him realise that you don’t need a car to get around.

“It really is a game changer.”

Stephen even rides his bike down to the local hardware store and carries supplies back home using two panniers.

Stephen’s passion for riding has had a positive impact on his colleagues at work and on his family.

“My wife rides to work and our two children ride to school nearby.

“It is really important to set an example for your children and I’m very proud of my daughter being one the few girls to arrive at school by bicycle.”

Stephen believes investment in active transport infrastructure is important. While there are already many great off-road bikeways in Brisbane, they don’t always provide the most direct route to get around.

“I often ride a much greater distance to avoid mixing with motor vehicles on main roads, so I would like to see more direct off-road bicycle routes into the city.”