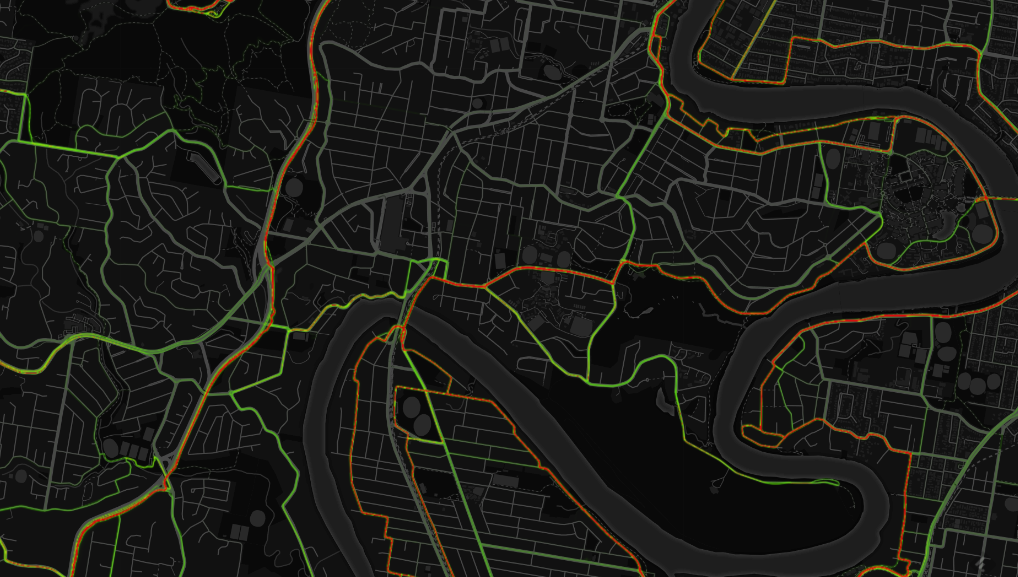 We are using cycling data from Strava, a smartphone application that tracks athletic activity via GPS, to analyse de-identified information on where and when people are riding.
With more than 75,000 registered users of the app in Queensland in 2015, this data can be used in a cost-effective way where there are high volumes of cyclists to:
The North Brisbane Bikeway is an example where Strava data was used in the evaluation of the project to show locations with increased/decreased activity in the vicinity of new infrastructure. It suggested that there was a significant (20–30 per cent) decrease in cyclists using busy roads in the vicinity of the bikeway.1