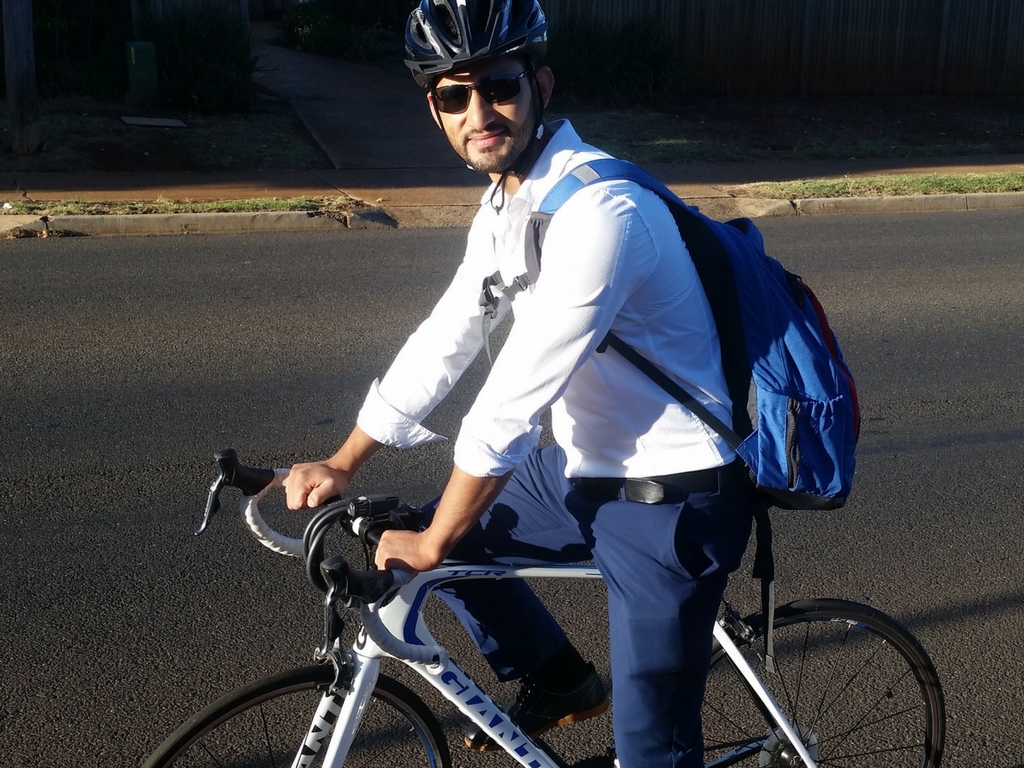 Less than a week after moving to Australia from Afghanistan, Ebrahim bought a bike.

“I’ve been riding bikes my whole life, since I was about 10 years old,” Ebrahim said.

“So as soon as we got to Australia, when we were still living in a motel, I went to the shops and got a bike.”

“It immediately gave me some independence. I could get around easily, and didn’t have to only rely on public transport or a car.”

Ebrahim says he rides every day and loves the convenience.

“When I first got here, I rode my bike to Uni and English lessons,”he said.

“Now I ride to work and to the city—if it’s under 10km, I take the bike. If it’s more than that, then I get lazy and take the car!

“On weekends I go exploring—there are lots of great places to ride around Toowoomba.

“Some roads are hilly, but sometimes, there is a way around it, and anyway, going down hills is the fun part!”

Ebrahim says riding in Afghanistan and Australia is so different, it’s not even comparable.

“It is so much easier to ride here in Australia,” he said

“You come out of your home and you’re straight on the road, and there is a rule that cars have to stay a metre from you! Riding is a lot harder in Afghanistan.”

But regardless of where he’s living, Ebrahim wouldn’t want to be without his bike.

“I love everything about riding—it’s a great feeling, it’s the easiest way to get around and it’s cheap.”