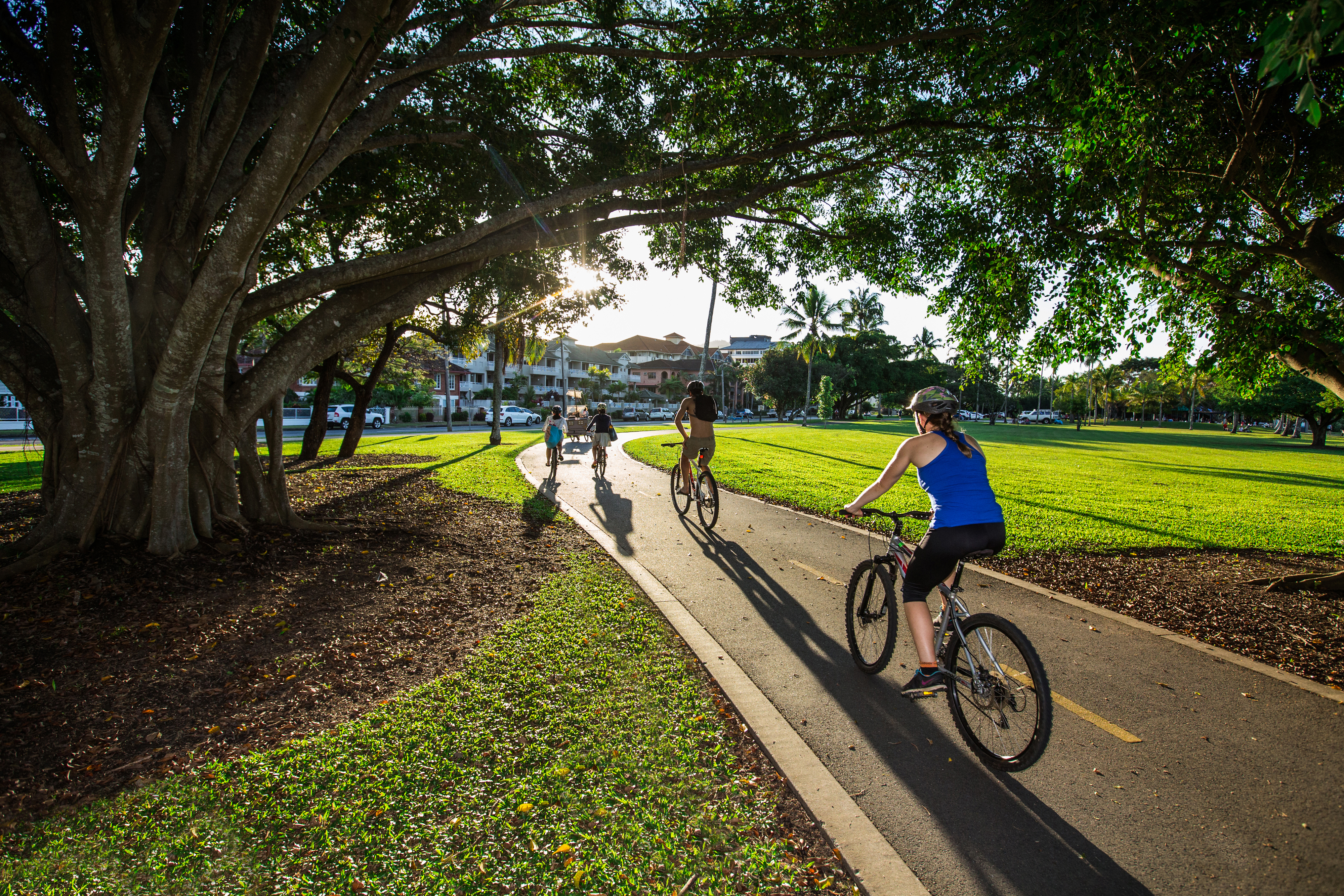 The city of Cairns in far north Queensland is experiencing the benefits of a cycling-friendly and more active community.
In partnership, the Queensland Government and Cairns Regional Council have delivered $22 million in cycling infrastructure since 2009.
The new paths total almost 33km. Approximately 60,000 residents will live within one kilometre of the network of cycle paths when the current set of projects is completed in 2018.
The new infrastructure has been complemented by targeted promotion of the construction of cycleways, promoting cycling in workplaces and recreational cycling events by showcasing the new infrastructure. Much of this was delivered as part of $3.3 million in matched funding through the Active Towns Pilot Program from 2012 to 2015.
In 2016, the National Cycling Participation Survey found that 22.7 per cent of residents in the Cairns region rode their bike in a typical week, which is significantly higher than the Queensland average of 16.6 per cent.1

There is also a higher proportion of females and children riding regularly in Cairns compared with the state average.