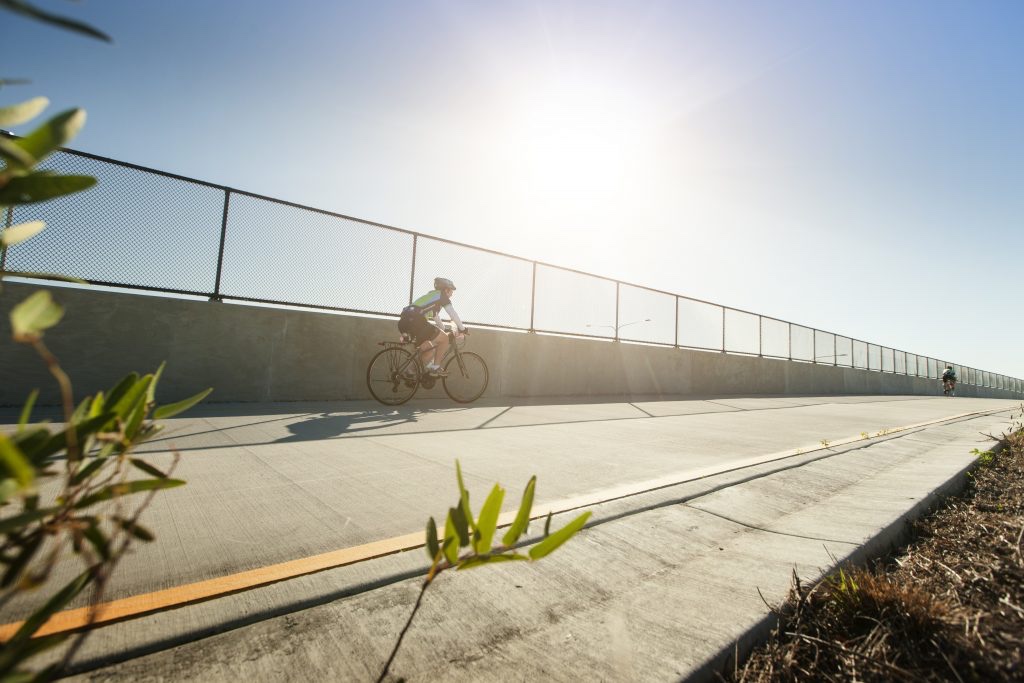 The Veloway 1 (V1) has attracted people to commuting by bike from Brisbane’s south-eastern suburbs to the CBD for more than two decades.

The 17-kilometre long cycleway provides a continuous route from Brisbane City all the way to the Gateway Motorway at Eight Mile Plains.

Major improvements to the quality and directness of the V1, funded by the Queensland Government’s Cycling Infrastructure Program, are making the journey faster, safer and more comfortable for cyclists.

The staged V1 upgrades include removing multiple road crossings and improving the grade of parts of the cycleway, creating a true cycling highway.

The section of the V1 between Greenslopes and Holland Park West opened in 2013. It replaced a hilly and indirect connection with a high quality, direct link that has attracted cyclists from much further afield than ever before. Around 10 per cent of people using the cycleway started riding as a direct consequence of this upgrade.2 By 2015, surveys showed that up to 14 per cent of trips on this section of the V1 had been diverted from car travel. 3 Many people who were already riding also changed their route from nearby busy roads.

The long term vision for the V1 is to provide a core part of a continuous cycle route from Brisbane City to the Gold Coast.

Replace this widget content by going to Appearance / Widgets and dragging widgets into this widget area.

To remove or choose the number of footer widgets, go to Appearance / Customize / Layout / Footer Widgets.