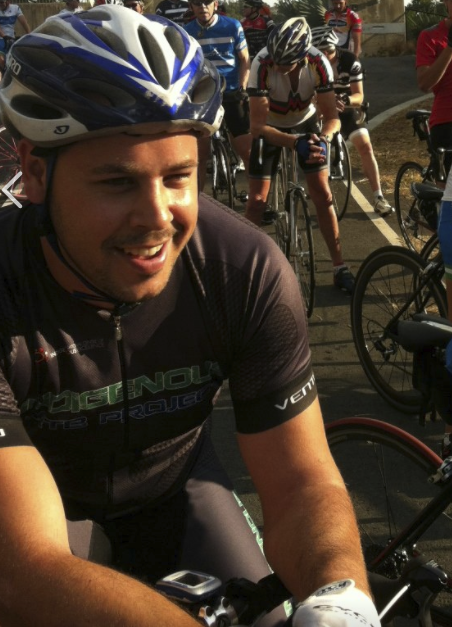 David Williams grew up tearing around his hometown of Rockhampton on his BMX.

Since then, there’s never been a time David hasn’t had a bike—and today he rides because, for him, it’s the easiest and most enjoyable way to get around.

“I love cycling,” David said. “It’s so practical. I’ve always tried to commute on the bike.”

“I’ve been fortunate that traffic hasn’t scared me—I know it’s a barrier for a lot of people.”

“But the infrastructure is getting better all the time, and the one-metre laws to keep cars at a safer distance from cyclists are helping to change people’s behaviour.”

“It’s fantastic that a lot of new buildings are now fitted with end-of-trip facilities, like showers and lockers—as more of that becomes available, the more people will get on their bike.”

“I’m also seeing more e-bikes, making it easier for people to ride distances they previously wouldn’t have been able to.”

David is the co-owner of an Indigenous creative agency in Brisbane. He says cycling not only makes getting around very easy, it’s also a great way to connect with clients.

“There is a great social and networking side to cycling, a real sense of camaraderie. And it’s a great way to get a conversation going when you have that in common,” David said.

“I’ll ride my road bike to work, then I have a little single-speed bike that stays at the office, and I’ll duck off to meetings on that.”

“It’s quicker and easier than walking or catching a taxi, plus has great health benefits.”

“I really notice the difference in my energy and productivity levels—I feel much better when I ride than when I drive or catch public transport.”