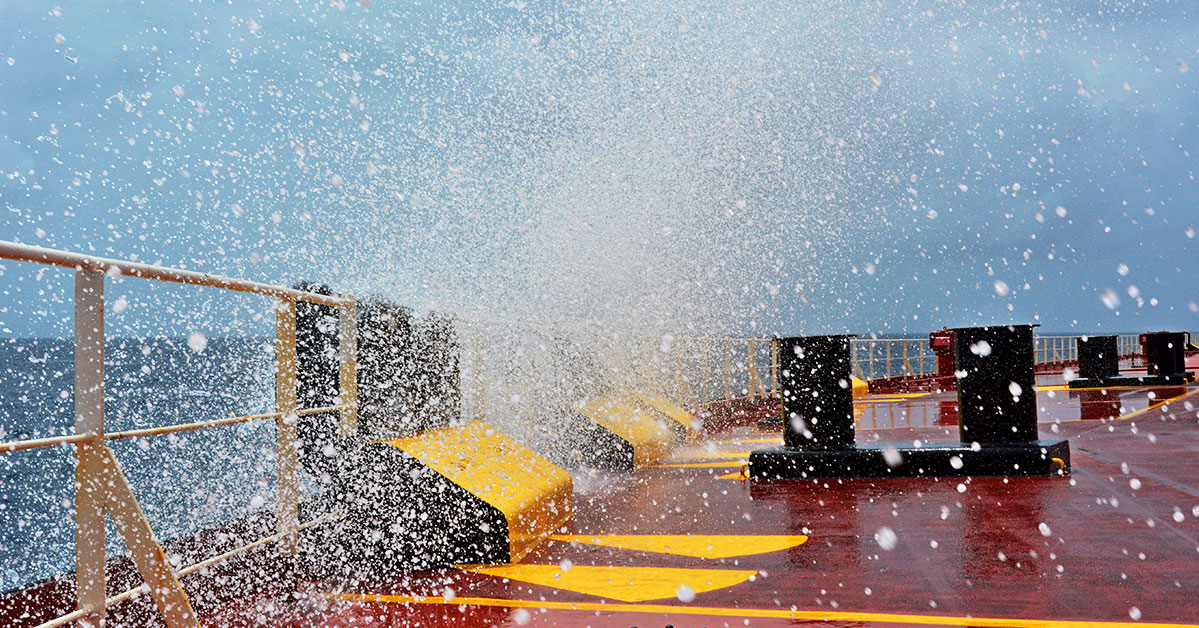 Sunday, 25 June is the International Maritime Organization’s annual Day of the Seafarer. Its theme this year is “Seafarers Matter” – and it’s one we all could pause to think about.

For most people, thinking of a life at sea conjures up images of adventure, excitement – even glamour. But the opposite is often the case.

Those who work on the ships that transport the imports and exports on which our economy and lifestyles depend, or that defend our shores, spend months at a stretch away from family and friends.  Merchant seamen in particular are often part of multinational crew, where language difficulties and cultural differences exacerbate feelings of isolation. Working conditions and pay tend to be poor and time spent in ports is fleeting.

Add in exposure to extreme weather, the dangers of working with heavy machinery and lack of internet connectivity and that image of life at sea takes on a less rosy hue.

Maritime Safety Queensland has its share of former seafarers whose anecdotes shed light on what can be a tough way to earn a living.

“The seafarer is rarely a receiver of kindness,” David says.

“I saw it all, from crew not being paid, to being short of food and even to one fellow I know who escaped his sinking ship. He was washed up on a beach in Syria covered in fuel oil – only to be arrested for being an illegal immigrant!”

Then there is the lack of basic services that those ashore take for granted. This can have life-threatening consequences at sea.

“Back in the eighties I was sailing on a bulk carrier on a voyage from the US to Japan,” recalls Zainol.

“One of my crewmen was very ill about seven days before making landfall.  My wife, a State-registered nurse, happened to be sailing with me at the time and suspected he had a hernia problem that could rupture.  She treated the crewman and kept him sedated while I communicated with Japanese medical services via telex.

“As it turned out the diagnosis was correct and the patient’s hernia ruptured three days before arrival.  The ship arrived in port just in time for the patient to be transferred to hospital. Fortunately he survived. The medical officers who boarded the ship thanked the ship’s ‘doctor’ for keeping him alive”.

Frank recalls a less dire, but nonetheless stressful, situation typical for young seafarers when his ship visited Osaka at the start of his seaborne career.

“I didn’t realise US dollars were not the most sought-after currency in Japan in the seventies and English was not widely spoken.

“After wandering around for a couple of hours I discovered I couldn’t exchange money at the shops and the money changers were closed. I was starving and couldn’t get back to the ship because I had no Yen and no one understood my gibberish.

“Close to breaking, I approached an elderly man who couldn’t understand a word but helped me get to a police station.  Thankfully the police figured I was off a ship and gave me a ride back in a Japanese paddy wagon”.

That experience showed the value of a helping hand from a stranger, which is exactly what Jennifer tried to provide seafarers when she was a port surveyor for the Commonwealth government.

“One of my pet hates is crew working long hours and not receiving a decent meal. I saw fridges empty or, if not empty, the quality of food was not acceptable for human consumption,” Jennifer says.

“I would use all means available to ensure the captain supplied sufficient food for the crew. There was no better feeling when reinspecting a vessel than to see the crew all sitting together and eating with grins on their faces.”

Jennifer also tried to improve the lot of female seafarers who, she said, were “few and far between.”

“Each time I came across a female crew member I would sit down with them away from the other crew and just have a talk about life in general – bands, fashions, different cultures.

“If I was revisiting the ship I’d always take magazines on cooking or on Hollywood. Simple things like that make a big difference to their day”.

Thankfully for seafarers, that willingness to do the simple things in their support is not entirely limited to ad-hoc, one-out acts of kindness from strangers. In many ports not-for-profit organisations have established themselves to provide a place they can go to for basic comforts, a solid meal, internet services, books to read, chaplaincy services and the like.

Their efforts give practical and greatly appreciated expression to a conviction that seafarers do indeed matter.

If you’d like to learn more about the Day of the Seafarer go to the IMO’s website, watch the video about the day from IMO Secretary-General Kitack Lim and perhaps get involved in recognising that #SeafarersMatter on social media.