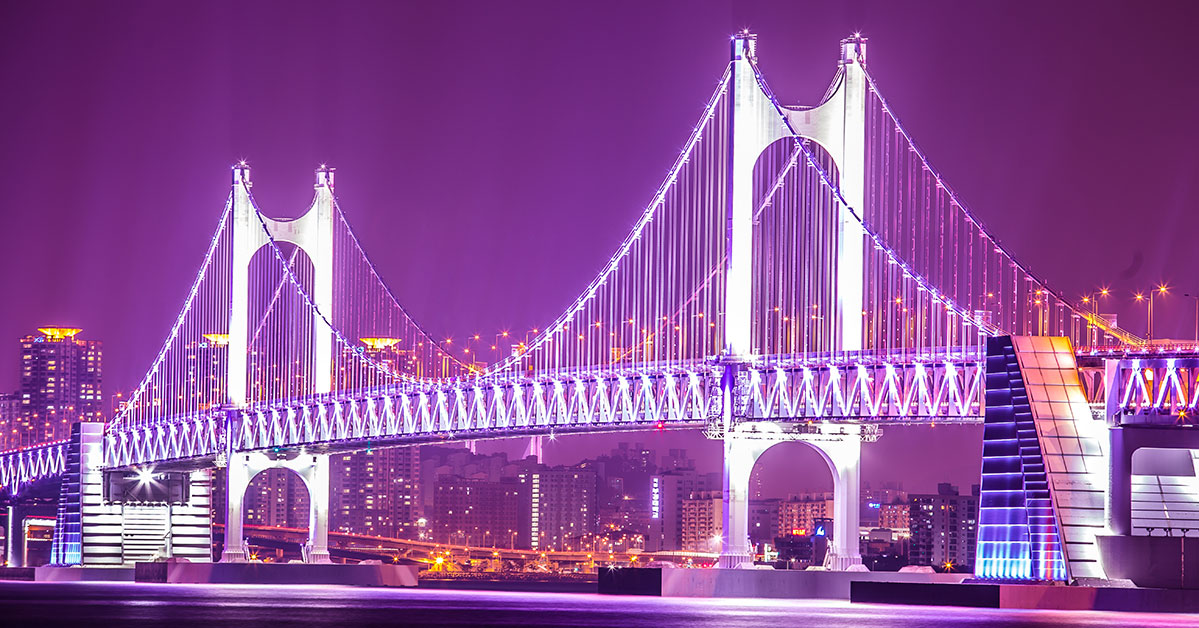 I’ve been back in Aus for just a couple of months now and slowly getting used to the heat (about 40 degrees difference!).

This will be my final update from my time in Korea. My experience was amazing and I learnt so much about the Korean culture and their expertise in technologies and innovation. I see great potential to collaborate with different Korean agencies particularly in the areas of C-ITS (cooperative intelligent transport systems), AV (autonomous vehicles) and BIM (building information modelling), just to name a few. The hospitality I was shown in Korea was amazing and I couldn’t have done it without the expertise of Junghee Kwon from Trade and Investment Queensland, Korea.

In November, I was able to attend a site visit to the Ministry of Land, Transport and Infrastructure’s national C-ITS (co-operative intelligent transport systems) project (Sejong to Daejeon). We experienced the C-ITS applications through a real-life demonstration which was very impressive and interesting.

Basically this means that the cars and the road-side infrastructure are “talking” and warnings are displayed on an in-car device in real-time. The warnings include things such as pedestrian on the road, heavy braking in front, object on the road, traffic signal change, and so on, with the aim to reduce subsequent crashes and congestion. Also in November, I met with and/or followed up with a variety of different Korean government agencies in the areas of C-ITS, AV, BIM and automatic pothole detection technology. I also presented to number of major Korean civil contractors about TMR and our transport planning process as well as a case study on the Toowoomba Second Range Crossing.

Each of the major contractors organised a number of site visits which I attended relating to rail, road and bridge construction. All of which were very interesting, and each one had their own innovations. The two standouts for me were the two bridge construction projects; the Namhae 2nd Bridge and the Jindo to Eemja Bridge.

The main bridge is a 3 dimensional cable suspension bridge with inclined pylons which they tell me is a world first innovation. The project connects the mainland to Namhae Island off the south coast of Korea. Amongst other things, the contractor altered the original design to improve constructability and environmental outcomes of the project. By re-designing the bridge to make the pylons completely on land, the risk of marine pollution was significantly reduced and by inclining them (8 degrees), the tension on the main cable was minimised. We were able to go up the 150m pylon and walk along the suspension ‘bridge’ under construction – this definitely had the adrenaline pumping! The winning bid/design for the Jindo to Eemja Bridge included a ‘story telling’ element. The two bridges which connect three islands together symbolise a married couple: the ‘A’ type cable stay bridge being the husband and the more feminine looking ‘H’ type bridge being the wife. The contractor is also using their own (designed and manufactured) steel cables which are significantly stronger than the typical standard, this reduces the time and amount required. This is a world first and if successful will be incorporated into the standards and specifications in the future. I also was able to visit Busan and see the Diamond Bridge (as well as experience the KTX (fast train)). Busan is the second largest city in South Korea with about 3.5 million people and has the largest port in South Korea. The city is tightly surrounded by mountains and the sea side which makes it seem more densely populated than Seoul and traffic congestion very apparent. To deal with the congestion it seems they really had to utilise their vertical space, building new roads over the existing, as many of the roads we travelled were overpasses. Busan is known for the Gwangandaegyo or Diamond Bridge which is 7.42 km two story suspension bridge connecting Haeundae-gu to Suyeong-gu, with the city bound traffic running on the lower level and outbound on the top with 4 lanes each way. It is the second longest bridge in Korea after the Incheon Grand Bridge and comes alive at night with a changing light display. It was great to experience the other areas outside the big city – South Korea is definitely more than just Seoul. Also in late November I was lucky enough to experience Seoul’s first snow for 2016! Overall, I believe the program was a great success and there is a lot of potential for collaborations and fruitful relationships between TMR and Korea in the future. You can read Zoe’s other Letters from Korea: