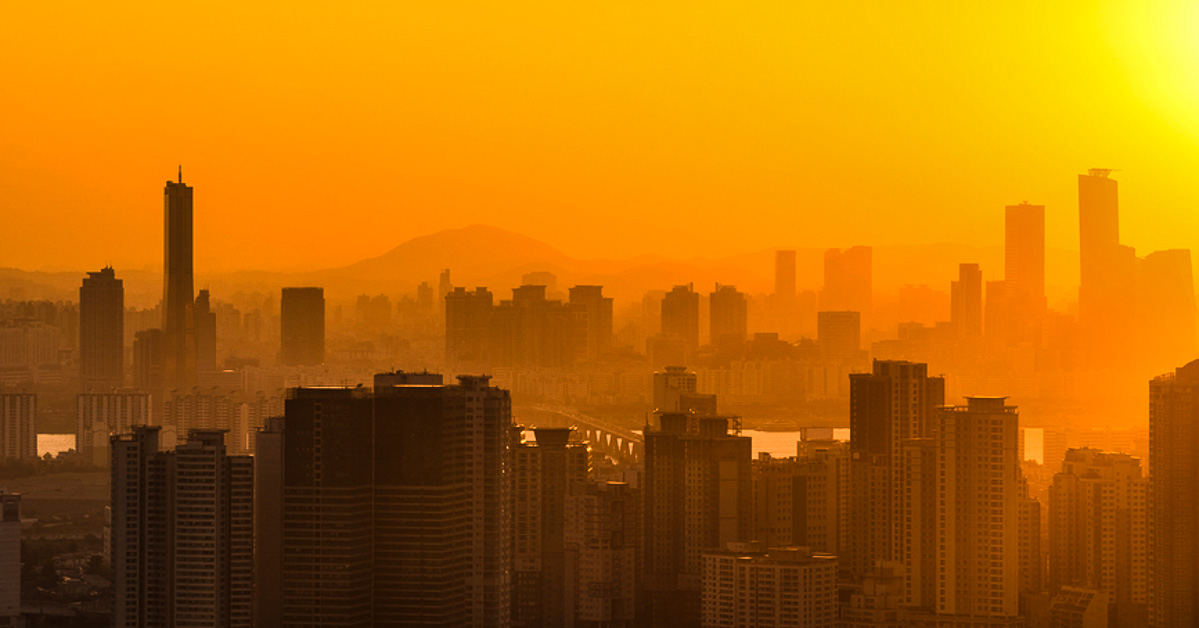 TMR’s Zoe E is currently in Korea working for Trade and Investment Queensland as part of an engineering work exchange. Zoe will tell her Seoul stories each fortnight as part of an ongoing series, Letters From Korea.

Wow! My first week in Korea has been a busy and eventful one!

On Monday we had a tour of the Hyundai Steel Factory which was very interesting – unfortunately we weren’t allowed to take photos on the tour but us in hard hats proved we did it! They are using some innovative thinking here by enclosing their material stockpiles (iron ore, coal etc) as to protect it from the elements. It also aids in preventing coal dust inhalation and environmental damage from run off. We had a traditional Korean lunch after the tour and exchanged business cards with a number of Korean contractors and business people. On Wednesday I attended a number of meetings with Frankie Carroll – DG of Infrastructure, Local Government and Planning and learnt a number of things myself about the Cross River Rail Project.

Friday this week saw us visit the Uijeongbu Light Rail Transit or the U-Line. This project is the second fully automated line in Seoul and the third driverless line operated in South Korea. The project was delivered through a PPP (Private Public Partnership) with GS Engineering and Construction who will operate the line for 30 years. The project took 5 years to construct and was completed in 2012. We had a full tour of the visitor centre and workshop as well a ride on the train itself – it was a bit like a very tame rollercoaster if you sat right up front. Friday night I attended a Brisbane City Council Business Dinner and Networking Event at the Imperial Palace. It was great to meet the Lord Mayor of Brisbane and would you believe it – I ran into a guy I went to uni with! Well actually we were even sitting at the same table, such a small world! Hank and I studied Mandarin together at QUT and he is now the CEO of his own tour company on Jeju Island (the Tasmania of South Korea). This was followed on the next day at the ‘Chuseok’ Themed Alumni Networking Event where I met a number of QUT Alumni and other business people. Chuseok is one of the largest and most widely celebrated holidays in South Korea, it is like the Korean “Thanks Giving” where families get together and celebrate the culture and history of South Korea with lots of food and fun times. Chuseok is coming up this Wednesday to Friday (14-16th of September) so everyone is getting ready to celebrate! The Lord Mayor was in full swing of the celebrations in his traditional Korean attire – all in all a great event. And a fantastic first week! Looking forward to exploring more of Seoul, experiencing new things and learning more of the language.