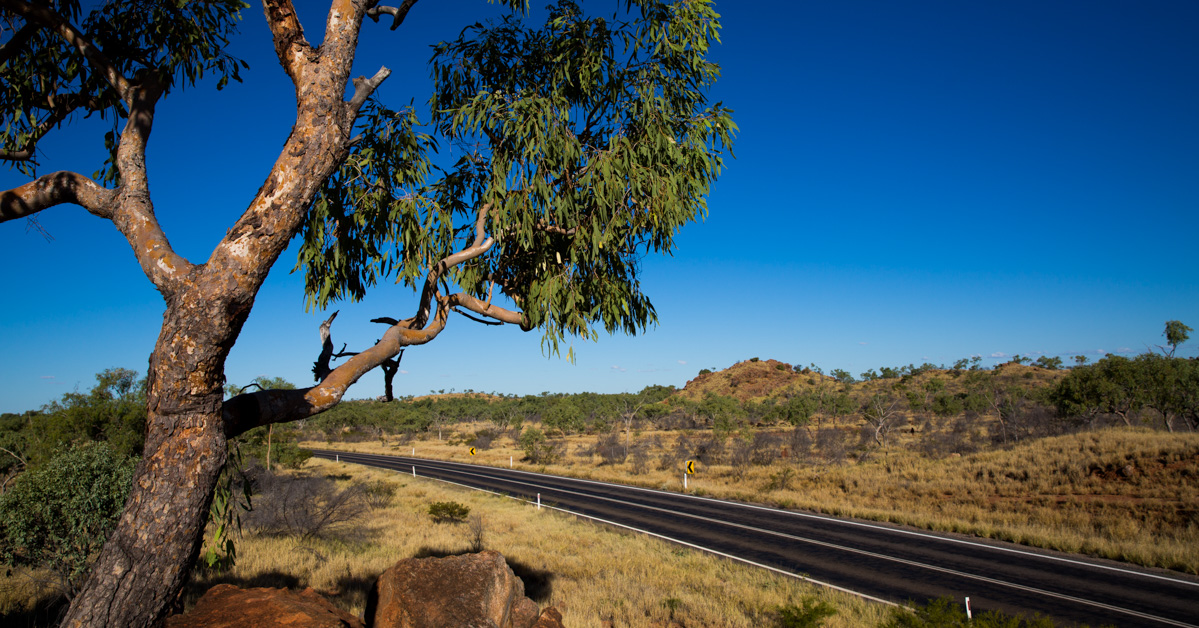 With the theme our history, our story, our future, National Reconciliation Week gives us an opportunity to our national identity and the place of Aboriginal and Torres Strait Islander histories, cultures and rights in our nation’s story.
The nature of our work in Transport and Main Roads means we have a significant footprint in regional and remote Queensland, and have a unique opportunity to influence economic and employment prospects of Indigenous communities.
We do this in a wide range of ways, including by working with Indigenous businesses to provide training and employment opportunities on major road projects such as the Peninsula Developmental Road.
Another example is the alliance developed with the Myuma Group, an Aboriginal-owned, not-for-profit training organisation that operates in north west Queensland from its Dugalunji training camp in Camooweal.

It conducts a range of business and training operations on behalf of the Indjalandji-Dhidhnu People, the Traditional Owners of the Camooweal region.

TMR has worked with the Myuma Group on many road construction projects since 2000, and the relationship has evolved into a successful model to advance the employment prospects of Indigenous people while improving and maintaining roads in the regions.
These projects in turn provide a general regional economic boost with improved roads making these areas more accessible for tourists and visitors.
TMR also administer the ATSI Transport Infrastructure Development Scheme, an $8.2 million annual funding program for the upgrade of transport infrastructure to improve access to Indigenous communities.
Additionally, we have brought five ATSI councils into established Regional Roads and Transport Groups, which gives the communities autonomy to prioritise funding allocations, plan transport investments, and establish collaborative relationships with TMR and other councils.
We are responsible for managing local, state and Commonwealth heritage within Queensland road corridors and have developed policies and guidelines to recognise the significance of different cultures and the importance of managing Indigenous, historical, shared and natural heritage. This includes a framework for meeting our obligations under the Native Title Act.

Of course the Department’s responsibilities do not end at the coastline, and our Torres Strait Marine Safety Program is an integrated boating safety campaign developed to reduce the number of incidents of lost boaties and increase the chances of survival of lost seafarers.
We also run the Local Fare Scheme which provides an airfare discount for eligible residents in some Cape York and Torres Strait communities.
We are also a major employer in regional and remote Queensland in our own right, and we are working to attract and retain staff who identify as Aboriginal or Torres Strait Islander.
Presently about 1.2 percent of our staff identify as ATSI, and we have a range of practical initiatives underway as a part of our Inclusion and Diversity strategy to increase this, including:

While there are many challenges associated with growing stronger connections between Queensland’s Indigenous communities and government, there have also been successes.

In Woorabinda that has included assisting the community to pave and reseal town streets, and improving the living conditions at the Gumbi Gunyah Women and Children’s Shelter.

I am incredibly proud of the work my department does in improving the economic and employment opportunities for Indigenous Queenslanders, and hope it is building a stronger shared future for all of us.