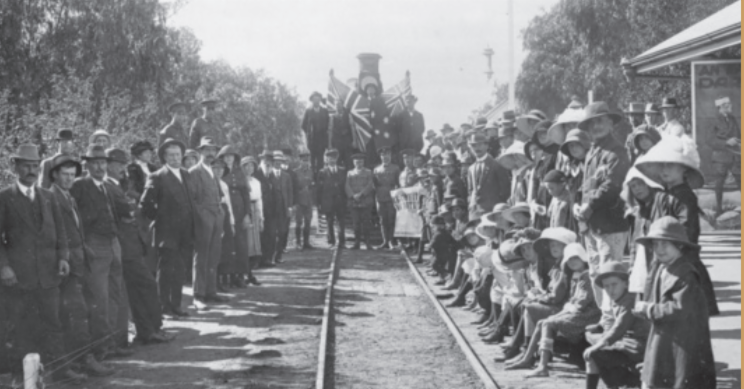 To mark the Anzac Centenary, TMR has produced In roads to defence, a publication acknowledging the role played by transportation in Queensland’s defence history during the First and Second World War.

It is a tribute to the men and women of the department and its previous iterations who served in these wars, both at home and abroad.

The stories included are based on literature searches conducted by the staff of the Queensland Department of Transport and Main Roads Library Services and Communication Services.

Information was sourced from a wide range of current, contemporary and historical sources. The department’s own publications held unique stories.

Publications such as the departmental annual reports (which commenced in 1922), the Queensland Roads journal, and the department’s oral histories collection yielded a wealth of information.

The oral histories capture the reflections of departmental employees, on the times in which they lived and their work for the department, including their experiences of time ‘at war’.

Contained within this publication are stories about:

You can read the publication here.

We both had family who fought in both World Wars; and we are eternally grateful to them, and those who have fought and died for our country and for the freedoms we enjoy today. Lest we forget.